It’s simple: You’re our first priority. We believe everyone should be able to make financial decisions with confidence. And, we’re proud of the guidance we offer and the information we provide.

Beware: Taxpayers Expecting a Refund Are Getting Hit with Huge Tax Bills This Year

Last July, the GAO (Government Accountability Office) released a report warning Americans that due to the new tax bill that passed earlier in 2018 tax refunds will be few and far between. For many Americans, tax refunds are an expected and necessary part of their income. Unfortunately for those who have filed their taxes early, many are receiving large tax bills instead of their expected refunds. The warnings from the GAO and senators went largely unnoticed in the summer. Senator Ron Wyden (D-OR) sent out a tweet warning Americans: “This is an alarm bell for the nearly 30 million households that are expected to owe MORE money come tax time this spring” But, now that Americans are seeing tax bills for thousands of dollars, people are starting to take notice.

Did you get hit with a large tax bill that you can’t afford? Click here to see if you qualify for the IRS Fresh Start Program.

Why Did This Happen The tax bill was passed in late 2017 and Americans were told to expect larger paychecks in February 2018 due to the bill. The tax bill made a number of changes to the tax code to help Americans see an increase in their paycheck, but one of those ways was to decrease the amount of money that is withheld from paychecks. Traditionally, about 75% of Americans receive a refund every spring. This means that 75% of Americans pay too much in taxes throughout the year so the government needs to refund them that money. Trump’s bill was attempting to even the playing field by allowing Americans access to that money throughout the year. Unfortunately, the withholdings were decreased too much and many Americans didn’t have enough money taken out of their paychecks. While GAO did warn Americans of this change and the need to adjust their withholdings to ensure that they don’t get hit by a tax bill come spring, many did not heed or even hear their warning. What Happens If You Can’t Afford Your Tax Bill If you already filed your taxes and received a bill, or if you’re about to file your taxes and are worried about being hit with a large amount due, there are a few steps that you can take to protect yourself financially. The IRS established the Fresh Start Program to assist those in financial trouble who owe back taxes. Through this program, they grant Installment Agreements, which allow you to pay back your debt in monthly payments, or Offer in Compromises, which allows you to negotiate your tax debt amount down. In both cases, a financial hardship must be proven, and that’s where you may want to consider a professional’s help.

Qualified tax relief firms host a staff full of tax attorneys and enrolled agents who are experts in building and presenting your case to the IRS. They are also able to negotiate any settlement presented by the IRS to get you the best deal possible. Take the Next Step If you were expecting a tax refund this year and instead got hit by a large bill, it can be stressful and even a little terrifying. The Fresh Start Program is available to help. It’s easy to see if you qualify. Click below and see if you are eligible for the IRS Fresh Start Program today. 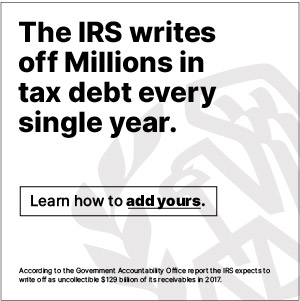